SUBTITLE
YOUTH AWARE is an evidence based curriculum informed by 25 years of research, direct service experience working with youth, and survivor expertise. It is a unique curriculum that offers three levels of engagement, taking students from learners to this generations leaders!

The sexual exploitation of children and teens is the fastest growing crime in the world. These crimes include: sextortion (using fraud, coercion or threats to obtain sexual photos or videos) and sex trafficking (to induce or force a person under age 18 into commercial sex acts). There are an estimated 11 million people under age 18 globally, including hundreds of thousands in the United States, at risk of sex trafficking every year (ILO 2016). Cases of human trafficking have been reported in all 50 US states and Washington D.C. (Polaris.org). In 2018, The National Center for missing and exploited Children (NCMEC) reported that 1 in 7 missing children, in the United States, are victims of sex trafficking.
NCMEC also found a 90% increase in online predator solicitation of minors for sexually explicit photos, videos, or luring them to meet in person since 2013. The internet has expanded the reach of predators and traffickers into all communities, from urban to rural, with predators reaching children and teens both online    as well as in person.

Sexual exploitation crimes targeting children, youth, and vulnerable populations:
Sex trafficking, cyber sex trafficking, sextortion
Juvenile sex trafficking
Legal definition: The recruitment, harboring, transportation, provision, obtaining, patronizing, or soliciting a minor for the purpose of a commercial sex act.
(US Department of Justice)
In other words: anyone, who does anything, to help facilitate the sexual exploitation of a person under age 18
Traffickers: are predators who receive profit, from buyers, for the sexual exploitation of a minor. Traffickers can be boy/girlfriends, peers, gang or occult members, persons with position of authority, and family members including biological parent(s).
Buyers: patrons who pay to sexually exploit / sexually assault, minor children and teens. Buyers can be males or females, strangers or someone known to the minor. Studies show the average buyer is a middle aged male, with full time employment, above average means, no criminal background, married, and with children of his own.
Minors impacted by sex trafficking: are all ethnicities, genders, and come from every community urban to rural.
Common vulnerabilities that increase risk: youth who are experiencing shelter, food, or economic instability, missing from home, have pre-existing mental health concerns, struggling with drug or alcohol abuse, and emotional poverty.
The #1 pathway into sex trafficking for minors: is relationships. Traffickers/predators use grooming tactics to build relationships with youth that gain trust, dependence, and secrecy, leading to control, violent abuse, and exploitation. They create the kind of relationships children and teens run to, not from. ​ NOT KIDNAPPING. Kidnapping does happen for the purpose of entry into sex trafficking, but is rare.

Sexting: sending, receiving, or forwarding sexually explicit messages, photographs, or images, on a cell phone, tablet, computer, or other digital device.
Sextortion: Online sexual exploitation in which forms of coercion, like blackmail, force, or threats, are used to get sexually explicit material, money, or to meet in person for sexual acts.
Perpetrators: there are two common offenders exploiting youth through sexually explicit photos and videos. The first is people, authority figures, or peers that youth know in real life. They use their relationship to pressure, persuade, or simply ask youth for an explicit photo or video. The second is online strangers who groom youth into relationships via social media platforms, texting, or gaming, to obtain that first explicit photo or video. The first image is used as collateral to extort the youth for more explicit material, for money, or to meet in person for sex acts, under fear of exposure or physical harm.
The effects/ impact of sextortion on youth: is devastating! As people who love and care for them, when there is a disclosure, our emotions can be high, but this is not the time for anger or judgement. It is the time to give immediate support, gather information, and be their advocate to get legal and emotional help. Youth who have experienced online sexual exploitation report high anxiety, depression, isolation, fear, and 1 in 3 youth have committed a form of self-harm including cutting and attempts at suicide due to the stress, harassment, and fear caused by this crime. 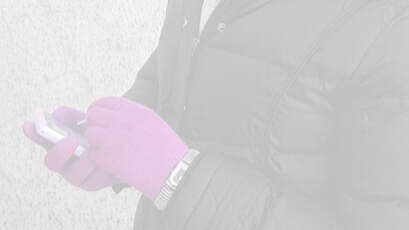 When photos are felonies!
Sexting / sextortion + Under 18
= felony child pornography
Contact Us
Become a Sponsor
If you would like to donate or sponsor a school or youth organization to receive this powerful prevention program, click below! #unitedwewin
Donate
For Staff and Parents
For Educators, Counselors, Staff, and Parents we provide one hour, 2 hour, or half day workshops. Learn about the issues, signs and indicators of a trafficked or exploited youth, keys to successful prevention education, best practices for disclosure, responding well, and understanding State law and legal process. For a list of available programs and topics, click below ​or go to our Education and Training page.
For staff and parents
Testimonials